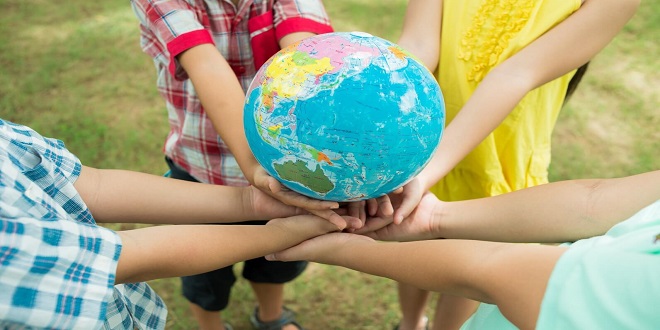 With increasing contact between cultural and ethnic groups the concepts of childhood and the child itself have become sites for intensive study. Anthropologists, historians and cultural child psychologists have attempted to study children’s lives and conceptions about childhood in different cultural contexts. Wide differences exist across cultures.

For professionals working in pluricultural contexts a pertinent question is: how are ethnic differences accounted for in prevailing concepts of parenting and childhood behaviours, both ‘normal’ and variant? These complexities are amplified by the continually changing social and political contexts in which children grow up, and highlight the very social and historical framing of constructions of childhood.

The concept of a developmental niche was introduced as a framework for studying the production of health and development of the child via the interaction between the physical and social settings of the child’s everyday life, culturally determined customs of childcare and parental theories about children [2]. The components of the niche form the larger strategy for childcare and the daily routines for the child. The everyday routines embody the core goals and fashion cultural developmental pathways for children in specific ecocultural context

CHILDHOOD AND PARENTING ACROSS CULTURES

As most accounts of children’s development and needs are framed within writings from North America and Europe, the normative description of childhood is often based on children growing up within the Northern cultures, and even within this differences across class and socioeconomic strata are subsumed

The very notion of stages of childhood is culturally constructed. Developmental psychologists mark the end of infancy with the beginning of ‘toddlerhood’ normatively defined at age 2 years and marked by language and motor competency. However, this is not a biological fact, but a cultural convention based on the assumption that life stages should be delineated by absolute points in time. It is different from norms in cultures where the crucial reference point is the acquisition of moral sense

Parental involvement in play and learning

Parental facilitation of the child’s academic preparedness through proto-conversations with babies, active teaching through toys and make believe is considered critical by middle-class Euro American parents as it promotes skills required for future school and occupational success.

Although the parent as teacher is often enshrined as an ideal in manuals for parents, it is essentially a cultural model that promotes important developmental skills required in complex urban societies. It is not an ideal in agrarian pastoral societies where processes are less demanding and where everyone is a potential teacher or role model. Instead qualities such as initiative, attention to details, sharing, obedience and respect for elders attract greater value.

This section addresses the relationship between ethnicity and mental health problems. However, before a cultural explanation is offered to explain differences between ethnic groups, important methodological considerations need to be taken into account, particularly whether like is being compared with like’ in terms of sampling, socioeconomic variables, ethnic groupings, population versus clinic rates, cross-cultural validation of instruments and diagnostic categories, and accessibility of services

Things to Know About In Vitro Diagnostics

The Best Way To Customize A Oral Irrigator For Your Business